Standards for Civil & Criminal Certification By the NBTA:

(A) Good Standing and Period of Practice

(2) Immediately preceding application, the applicant must have spent five years in the actual practice of Civil and/or Criminal law.

(2) Within the applicant’s career, the applicant must make a satisfactory showing of substantial involvement relevant to the particular specialty certification by personal participation in at least forty-five days of trial ( a day of trial is not less than six hours) during which the applicant examined or cross-examined witnesses, delivered an opening statement or closing argument or conducted a voir dire jury examination.  During the forty-five or more trial days the applicant must personally have:

(i)  Conducted at least five voir dire jury examinations or (in courts which do not permit counsel to conduct voir dire examination) submitted proposed jury questions for the court at least ten times or a combination of examinations and submissions acceptable to the Standards Committee.

The Standards Committee may allow a lesser number of performances in categories (c) through (i) if additional involvement in other categories clearly constitutes sufficient active trial participation to demonstrate an enhanced level of skill and experience.

(3) Within the applicant’s career, the applicant shall also have actively participated in one hundred additional contested matters involving the taking of testimony (cases included in your substantial involvement may not be included as part of your contested matters).  This may include trials (jury or non-jury); evidentiary hearings or depositions; and motions heard before or after trial.  In criminal advocacy, it may include juvenile delinquency hearings.  In civil advocacy, it may include arbitration hearings, welfare hearings, and workers compensation matters not tried to a court.

(4)  Within the applicant’s substantial involvement and contested matters, one of the following four conditions must be met three years prior to application:

(a)  Substantial trial involvement in ten days of trial with personal participation in the categories listed in Section (B)(2)(a) through (i) or,

(b)  Active personal participation in twenty-four litigated matters, either directly handled to conclusion as lead counsel or in a supervisory capacity to lead counsel, or

(c)  Participation in thirty-six performances (evidentiary hearings or depositions which either oral argument was made or testimony was taken, or motions heard before or after trial), or

(d)  A combination of trial days, participation in litigated matters or performances which demonstrates substantial involvement in the specialty equivalent to one of the three subsections above as approved by the Standards Committee.

(1)  The applicant must demonstrate substantial participation in continuing legal education and the development of the law with respect to the specialty, in the three year period immediately preceding application either:

(a)  By attendance and/or electronic participation in not less than forty-five hours in programs of continuing legal education in the specialty or ethics, approved by the Standards Committee, or

(b)  By equivalent participation through, but not limited to, the following means, approved by the Standards Committee:

(I)  Teaching courses or seminars in trial law or ethics;
(II) Participation as panelist, speaker, or workshop leader, at educational or professional conferences;

(III) Authorship of books, or of articles published in professional journals, on trial law;
(IV) By combination of the three subsections above.
NBTA does not recognize an age or years in practice exemption for CLE.

The applicant must pass a written examination to test his or her proficiency, knowledge, and experience in civil and/or criminal trial law, so that the applicant may justify his or her representation of specialization to the public.

The applicant shall submit a copy of a legal writing document, no more than three years before the date of application which he or she has prepared, but not necessarily published.   This will be a substantial document in the area for which the applicant seeks certification, containing concise and accurate writing, stating facts (either actual or hypothetical), stating applicable law, analysis of how the law applies to the facts, written in an appropriately argumentative manner and well constructed (i.e. organized, grammatical, demonstrative of good syntax and usage) .  Acceptable documents include, but are not limited to: briefs (trial or appellate), motions for summary judgment, bar journal, law review and legal magazine articles, motions in limine, etc.. The quality of the legal document will be evaluated on those criteria and will determine whether the applicant is qualified for certification.

(1) In order to assist the evaluation of whether the applicant possesses an enhanced level of skill and expertise in trial advocacy and has demonstrated integrity and dedication to the interest of clients, the applicant shall, to the extent known, disclose to the National Board of Trial Advocacy as soon as permitted by law:

(a) The filing of any criminal charges against the applicant together with all details called for by the Disclosure of Conduct Form;

(b)  The filing or submission of any allegation of unethical or inappropriate professional conduct with any court, grievance committee or disciplinary board or body together with all details called for by the Disclosure of Conduct Form.

(c)  The assertion of any claim of professional negligence or professional liability, whether or not suit has been filed, which is based in any part on alleged acts or omissions of the applicant or member or on the acts or omissions of any other attorney over whom the applicant or member had any responsibility together with all details called for by the Disclosure of Conduct Form.

(2) The National Board of Trial Advocacy shall determine, in accordance with its standards and procedures whether the conduct is such that certification should be granted, denied, suspended or revoked, or whether action should be deferred pending receipt of additional information.  The NBTA will take into consideration any findings made by other bodies concerning such conduct, but is not bound by any such findings and will make its own independent assessment concerning how such conduct bears on whether an attorney is qualified to obtain or maintain certification.

1) The applicant must make a satisfactory showing of substantial involvement in the specialty with at least thirty percent of his or her time spent practicing civil/criminal trial litigation during the five years preceding recertification.

(2) The applicant must further demonstrate substantial involvement in specialized practice during the five years preceding recertification by showing that he or she has actively participated as counsel for a party or parties:

(I)  Participation in forty litigated matters, either directly handled to conclusion as lead counsel or in a supervisory capacity to lead counsel or,
(II) Participation in sixty performances which would include depositions or hearings as which either oral argument was made or testimony was taken or,
(III)A combination of trial days, participation in litigated matters or performances which demonstrates substantial involvement in  the specialty equivalent to one of the two subsections above as approved by the Standards Committee of the Board of Directors.

The applicant must show that he or she participated in and completed at least forty-five hours of educational activity, as set forth in Part C of the Certification Standards, during the five years preceding recertification.

(2) NBTA will solicit confidential statements from the references named by the applicant and may solicit confidential statements of reference from other persons, familiar with the applicant’s practice, not specifically named by the applicant.  References satisfactory to the NBTA must be received from at least one judge and from at least two attorneys.  All reference statements received will be reviewed by the NBTA to assess whether the applicant has maintained the enhanced level of skill and expertise in the practice area and the integrity and consideration for the interests of clients necessary to merit recertification.

The applicant shall comply with Part G of the Certification Standards in the same manner as an applicant for certification. 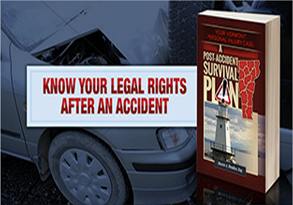 Do you need a
Free Consultation?

LET US HELP YOU TO WIN YOUR CASE